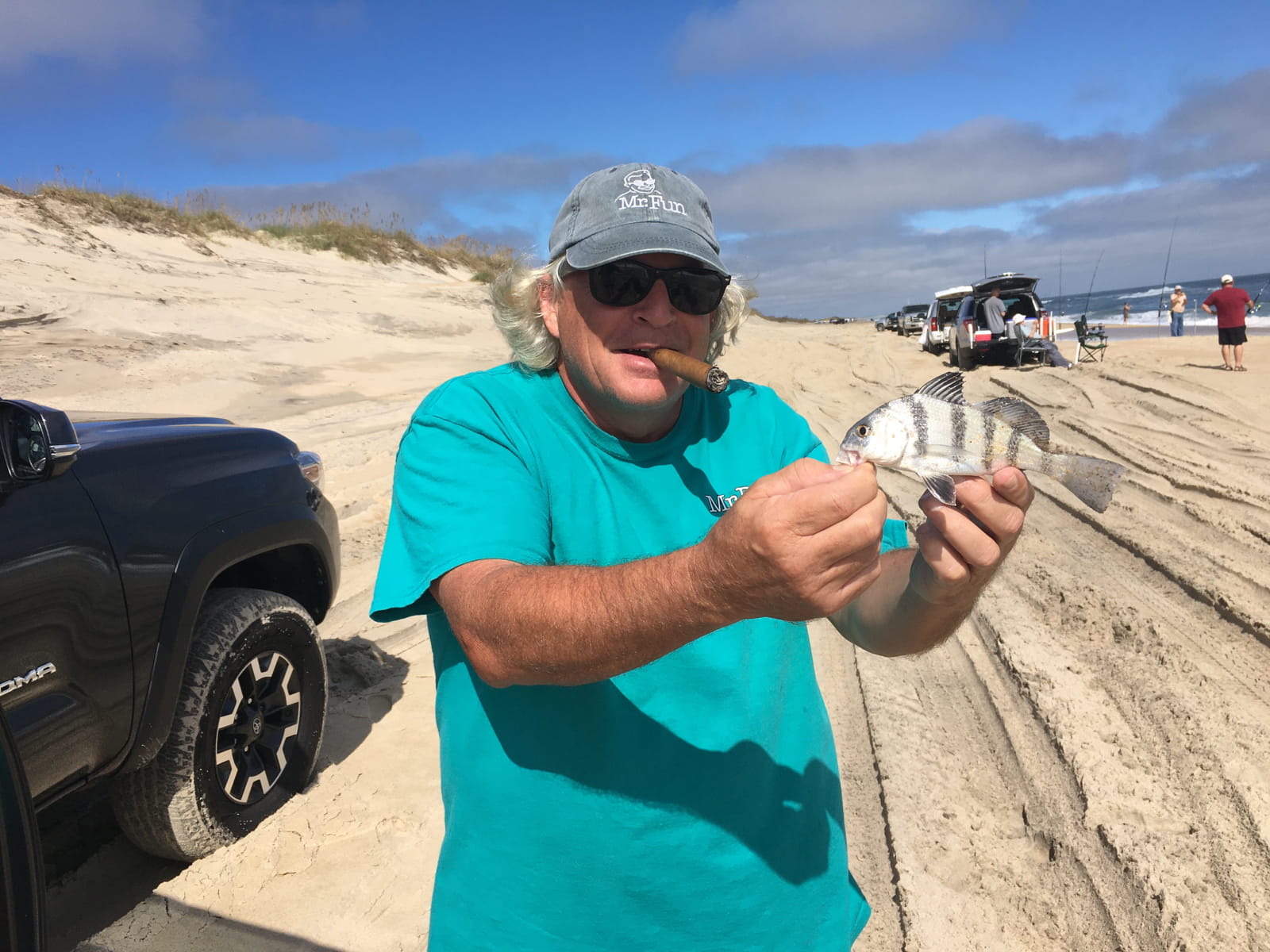 It all began with a few friends got to thinking that the world was in dire need of fun. With so many people taking themselves just a bit too seriously and even those with active lifestyles feeling more pressure than was needed, we took it upon ourselves to spread a bit of fun. At Mr. Fun by OBX Angler Enterprises, we are all about fun, clever apparel that can bring smiles to those that wear them and those that notice them.

It seems to us that the laidback lifestyle of Wilmington, North Carolina makes this area the ideal place to feel like you are on vacation all year long. It is that attitude that ultimately led to Mr. Fun. The many outdoor activities lend themselves well to our casualwear, fishing wear, and surf wear.

As an art major, Frank Nye has always looked for different ways to create eye-catching designs. He does a lot of engraving and etching, as well as printmaking. He started making modern mosaics when he was playing around with a wall in his backyard. He is the first to tell you that he feels blessed to be part of a group of guys who have been friends for 44 years. At one point, the question came up as who had voting rights as founding members, and he was jokingly excluded. His response, “That’s fine– I’ll start my own group. You wouldn’t even have a group if it wasn’t for Mr. Fun!” His buddies immediately put him in their phones as Mr. Fun. They could not deny the “fun factor” he happened to bring along. It only made sense that our logo would be a hybrid of Frank and his father, who he believes was the original Mr. Fun even if he didn’t know it at the time.

Two other owners, David and Angus, are also active in our business and a vital part of our successes thus far. David’s experience is in real estate, and Angus is a retired Naval intelligence officer. You are bound to find them just about anywhere together, such as out on the boat clamming or fishing, playing golf, at the Oyster Club or Beer Club, floating down a river in the mountains, or even crashing a wedding every now and then. This is definitely a group of people who know how to have fun!